Baby has been adopted at this time. For new inquiries contact sales@reptilefunction.com

Scroll down to see all the info on this Rock Iguana. 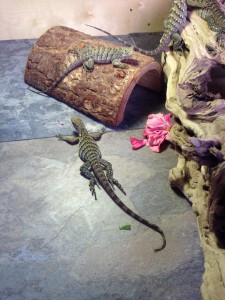 Baby Gamma spread out on the tile, 2 months old, November 2013

At 5 months old baby Gamma is already acting super chill and confident. He is taming up really nicely. He is the first one out in the mornings and the last one to go to bed at night. He loves to watch people and other lizards all day long and turning out to be very social boy. Gamma had been gaining healthy weight and chunking up really nicely. He is not a picky eater and will eat greens, vegetables, flowers and fruit. His favorite position is to hang his big belly between the branches when he basks and naps. Baby Gamma has very bright colors when he warms up in the afternoon and starting to show some blue colors early on. 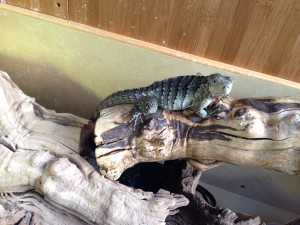 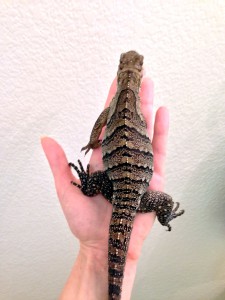 Gamma 5 month old, look at his patterns. He looks darker before he warms up.

In this video you can see baby Beta and Gamma being social with me (Renata). Baby Gamma jumps on me and hangs out around. This video was taken Nov-24-2013 and these babies are 2 months old.

Watch Gamma (baby on the left) in this video.

Gamma hatched the largest of the bunch. He came out at 58 grams  and ready to face the world.

His demeanor is rather chill and confident. He looks strong and healthy and “thick”, he likes to watch people and is social. His minor imperfection is the kink at the end tip of his tail that make the tail tip appear to be slightly curled (see photos below). This curvature in his tip of the tail gives Gamma a distinctive appearance and adds to his unique character. The kink in the tail may get straighter with age or may break off at one point and regrow or may remain as is. It is cosmetic detail and does not appear to be effecting him in any way. Gamma will be a great pet. 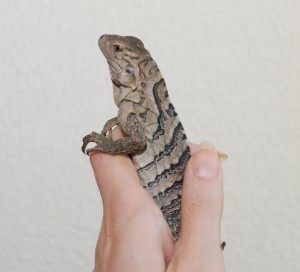 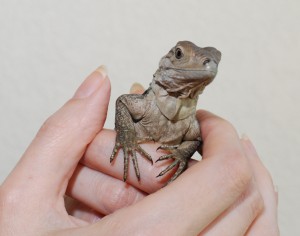 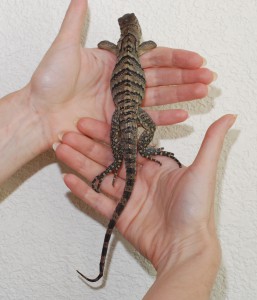 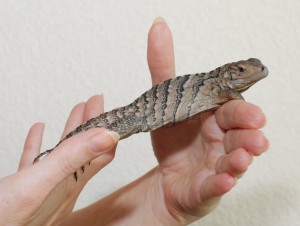 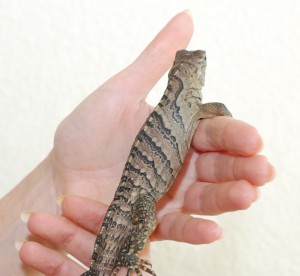 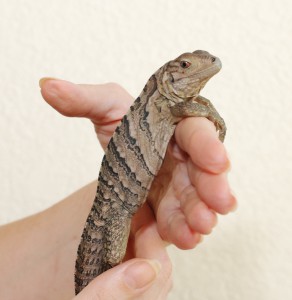 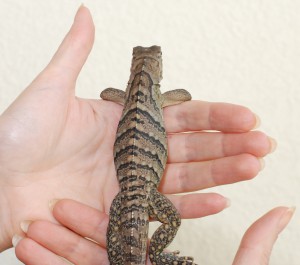 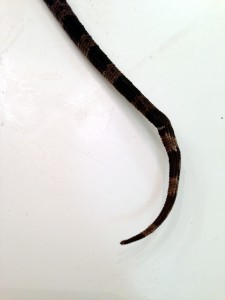 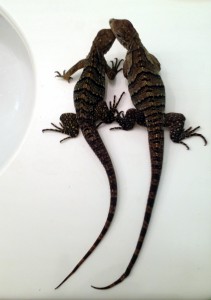 Gamma (right) is next to another baby so you can see the tail curvature. Both juvenile rock iguanas are 5 months old.