Over the years of observing Cyclura it’s hard not to notice this very distinctive pose. Some people call it “Sexy Leg” pose, some will refer to it a “Yoga Pose” and some will say it’s a “Kung Fu Kick” pose. All cyclura will do it from time to time including very young juvenile iguanas as well as very mature adults. And regardless to what you call it – it is extremely cute!

Rock iguanas usually assume this pose when relaxing, basking or sleeping. They pull one back leg straight to the side while other back leg is bent at the knee. As far as I know all Rock iguanas can do this pose. Below you will see Blue Rock iguanas, Cuban Rock iguanas and Rhino Iguanas at different ages – all doing it! Pets, in the Zoo or in the wild, Rock iguanas sure enjoy stretching out that leg.

Take a look at the photos below: 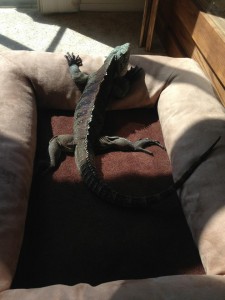 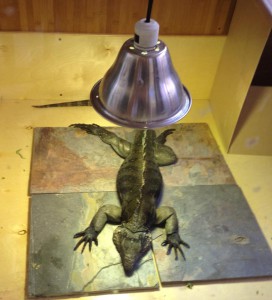 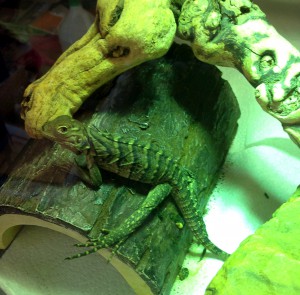 Baby Beta 2013 is “doing yoga” while warming up in the morning. 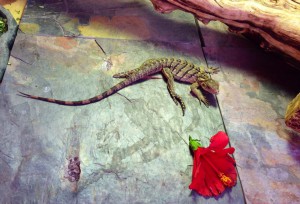 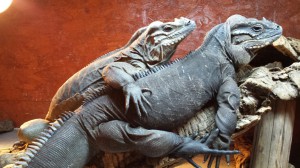 Large male Rufus is chilling on the branch while showing off his “sexy leg”. Female Pebbles is hugging him. 2013. Photo by James Helbert 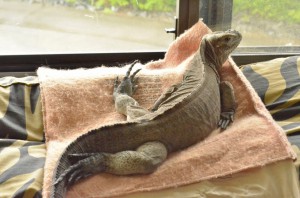 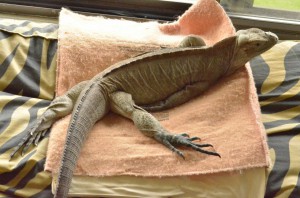 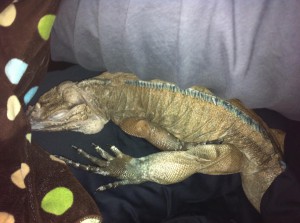